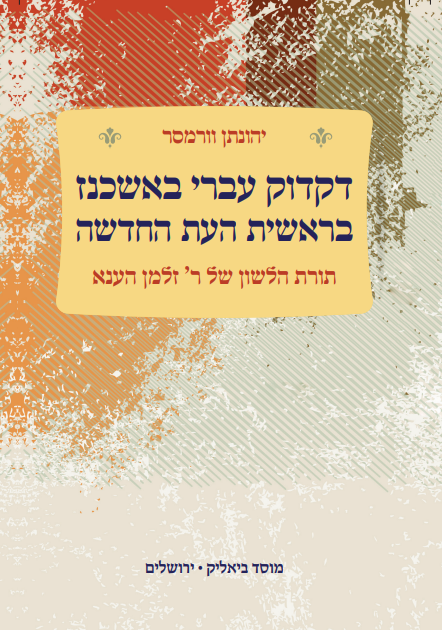 This book reviews the grammatical method of Rabbi Zalman Hena (Hanau) - 1687-1756 - and its influence on the Hebrew grammar of the time, as well as prayer Nusach in the following generations. Rabbi Hena was one of the most prominent linguistic scholars of his time, and his writings influenced many of his contemporaries. Many of the chnages he proposed in his writings for the Nusach of prayers became the norm in the Ashkenazi rite.