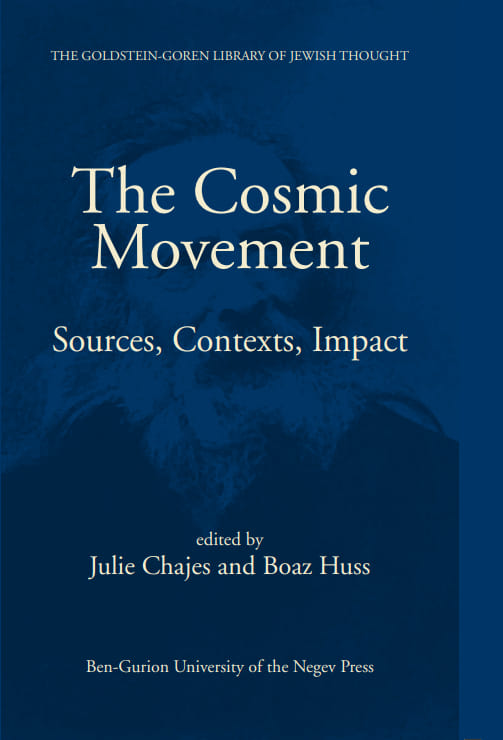 This volume is the first-ever publication evoted to the Cosmic Movement, a mysterious esoteric organization that was active in the early-twentieth century and which spawned movements that are still active today. The book includes sixteen chapters that cover the origins, history, contexts, doctrines, practices, and offshoots of the movement, detailing the lives, literary output, and teachings of the movement’s founders, Max Théon and Mary Ware, as well as its later developments and derivatives, which include the celebrated Integral Yoga of Sri Aurobindo and Mirra Alfassa.

Julie Chajes is an historian of nineteenth-century Britain and America with a particular interest in religious heterodoxy and its intersections with broad intellectual, literary, and religious trends. She is the author of Recycled Lives: A History of Reincarnation in Blavatsky’s Theosophy (Oxford University Press, 2019). Born in Brazil and raised in the UK, Dr. Chajes teaches at the University of Haifa. Her articles have dealt with such topics as gender, Orientalism, emergent critical categories, and the appropriation of scientific and medical theories in modern forms of religion.

Boaz Huss is the Aron Bernstein Chair in Jewish History at the Goldstein-Goren Department of Jewish Thought at the Ben-Gurion University of the Negev. His research interests include the history of Kabbalah, contemporary Kabbalah, western esotericism, New Age culture and New Religious Movements in Israel. His recent publications include Mystifying Kabbalah: Academic Scholarship, National Theology, and New Age Spirituality (Oxford University Press, 2020), and The Zohar: Reception and Impact (Liverpool University Press, 2016).

Press here to manage your order process in English