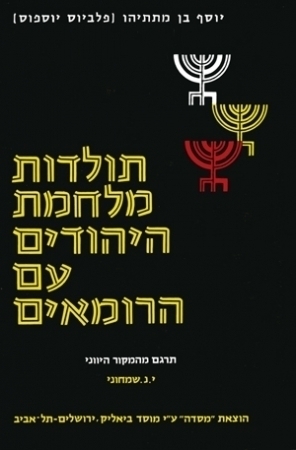 This lively and accurate account of the war of the Judeans against the corrupt, but powerful, empire of Rome, is the most important source from this heroic and fateful period of Jewish history.

Flavius Josephus (Yoseph ben Mattityahu) was one of the commanders of the rebelion against the Romans in the Galilee in 66CE, but after his capture by the Romans, he bacame the historian of the Jewish People and his time. Through his four books we learn about the history, the account of events in the last years of the Second Temple period, and Josephus' life and reality.

Translated from the Greek with an introduction and appendices by Jacob Naphtali Simchoni.