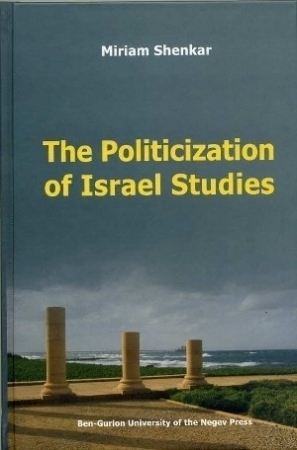 The Politicization of Israel Studies

This book summarizes the results of a five year inquiry into the emergence of Israel studies as an academic field. It examines how this field came to be, changed and evolved, and how it compares to other area studies as well as to religious studies fields such as Jewish Studies. The topic is treated within a historical and political context, and as such carries ramifications beyond the confines of Israel Studies per se, extending into the embedment of academic fields in their broader environment. In addition to in-depth case studies of two public and two private universities, using archival material accessed for the first time, the book is based on interviews with and surveys of Israel studies chair holders in US universities. Among the significant issues covered are that of donor intent and institutional implementation, which have broader relevance to universities. The audience for the book ranges from scholarly (history, higher education, various area studies, ethnic studies, sociology, political science, Jewish studies, and Israel studies) to practitioners of educational policy and leadership. It can also appeal to a broader audience interested in such debates as funding for higher education, the role of the university as a knowledge producer, and the interface between the humanities versus the social sciences, among other topics. Dr. Miriam Shenkar received her doctorate from The Ohio State University Dept. of Educational Policy and Leadership. She has taught courses on the history of education, international education, and education in Israel in that department, as well as in the department of Near Eastern Languages and Culture. She has a Masters degree in Asian Studies from the University of Hawaii, and a B.A. from Barnard College. In addition, she a graduate of the journalism program at Tel-Aviv University.